The One Thing by Gary Keller with Jay Papasan 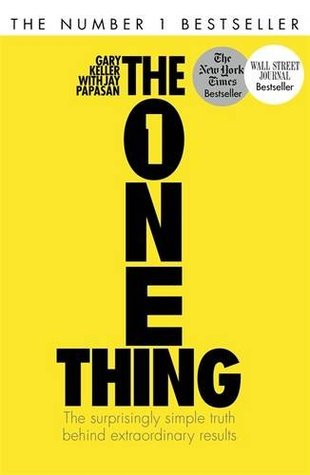 My mentor/coach Mark Dalton told me to read a book called ‘The One Thing’ by Gary Keller with Jay Papasan. If Mark tells me to read it I know it is for a reason, so I obtained a copy and having read it I know why he wanted me to read it. This book explains how and why you need to focus on the one thing that can make a difference to your business, life, relationship etc. This is about the focus and not the subject matter of what you want to apply that focus to.

The authors explains that a tiny bit of focus can make a big difference; this is basically explained by the use of domino effect. ‘In 1983. Lorne Whitehead wrote in the American Journal of Physics that he’d discovered that domino falls could not only topple many things, they could also topple bigger things. He described how a single domino is capable of bringing down another domino that is actually 50 percent larger. This is an interesting concept and it was taken up by another physicist who created ‘eight dominoes out of plywood, each of which was 50 percent larger than the one before. The first was a mere two inches, the last almost three feet tall. The resulting domino fall began with a gentle tick and quickly ended ‘with a loud SLAM.’’

A demonstration of this can be seen Here.

What this is trying to convey it that by understanding and focusing on your one thing then you can make a big difference. The book looks at things that get in the way and comes up with a list called ‘The Six Lies Between you and Success’ The list is as follows:

The authors then goes through each of these six lies and explains why they are lies.

Being a Chartered Quality Professional myself I was delighted to see the Quality Guru Joseph M. Juran mentioned with regard to the 80/20 rule as ‘GM executives invited him to review research on management compensation that followed a formula described by a little known Italian economist, Vilfredo Pareto. In the 19th century, Pareto had written a mathematical model for income distribution in Italy that stated 80 percent of the land was owned by 20 percent of the people. Wealth was not evenly distributed. In  fact, according to Pareto, it was actually concentrated in a highly predictable way. A pioneer of quality-control management, Juran had noticed that a handful of flaws would usually produce the majority of defects. This imbalance not only rang true to his experience, but he suspected it might be a universal law – and bigger than what Pareto had observed might be bigger than even Pareto had imagined.’ The Pareto principle or the 80/20 rule as it is known by people outside of manufacturing can be applied to your business by using the smallest amount of  focused effort or input (20%) to create the biggest return or output (80%). What the book conveys is take your 20% and keep reducing it until you get to the single most important thing, so in effect you are now looking at a 1/99 rule.

The authors explains that you need a ‘Focusing Question’ to help you to identify your one thing. It does this by the use of a model that gives you four options to frame your question. 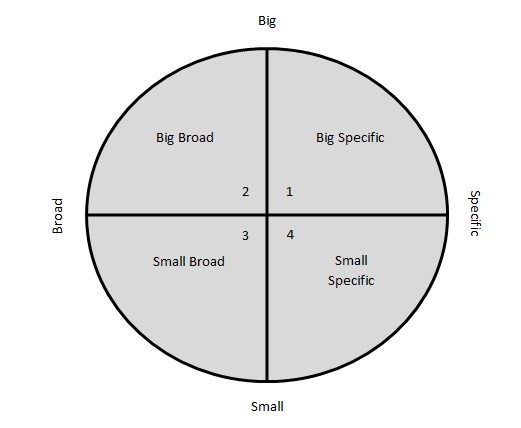 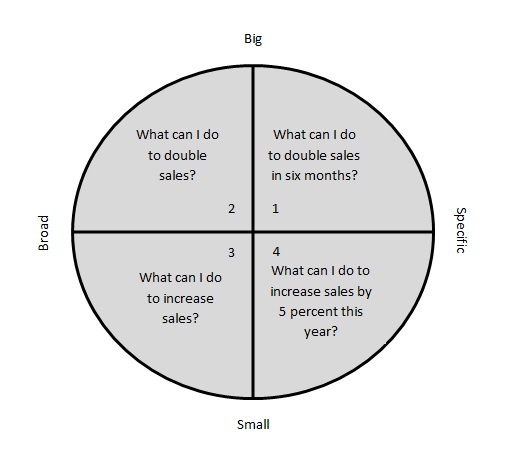 There are three possible categories that answers can come in:

The authors suggest that you should ignore the first two and concentrate on the third answer as this is what high achievers will look for, so you should too.

The authors have several more models that are useful to help you find and focus on your One Thing which looks at Purpose, Priority, Productivity and Profit. They also suggest three commitments ‘First, you must adopt the mind-set of someone seeking mastery. Mastery is a commitment to becoming the best, so to achieve extraordinary results you must embrace the extraordinary effort it represents. Second, you must continually seek the very best ways of doing things. Nothing is more futile than doing your best using an approach that can’t deliver results equal to your effort. And last, you must be willing to be held accountable to do everything you can to achieve your ONE Thing.’

The authors of this book certainly make it clear that you need to find your One Thing to be able to obtain great results. They give you the theory and the tools so that you can understand it and apply it to your business, life etc. It is a clear and easy read that is aimed at practicality rather than academic theory, so it is up to you to take action and apply it to find your One Thing.

The One Thing: The Surprisingly Simple Truth Behind Extraordinary Results By Gary Keller

This website uses cookies to improve your experience. We'll assume you're ok with this, but you can opt-out if you wish.Accept Read More